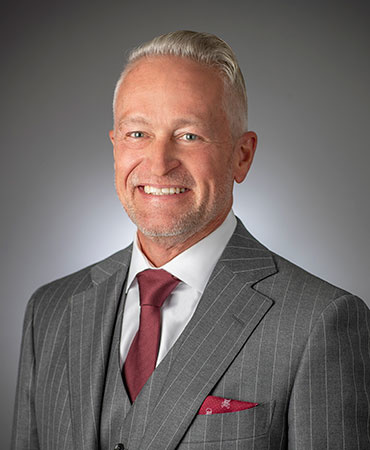 Paul frequently represents doctors, lawyers, accountants, business owners, C-suite executives, club level sales professionals, and their spouses. Paul is Board Certified in Family Law by the Texas Board of Legal Specialization and a member of the Family Law sections of both state and local associations. Prior to attending law school, Paul earned his Master of Business Administration degree, which has proven to serve him and his clients well. However, Paul credits his successful practice to the relationships he’s built with his clients. They recognize the deep commitment he has to seeing them succeed, and when they come across a friend or family member dealing with similar issues, they pass his name along. When getting to know one another and digging into the issues his clients face, Paul thinks back to his own divorce. He understands the uncertainty and apprehension that often accompany these matters, and he fights twice as hard to put his clients’ minds at ease. Paul will be the first to tell you: Going through a divorce made him a better lawyer.

Paul doesn’t shy away from giving those he represents unpleasant news. On the contrary, he considers it one of the most important parts of his job to be as honest as possible with them; to not only give his opinion of the facts, but to let his clients know what a judge’s likely opinion of them will be, as well. Paul’s clients appreciate his ability to always give a straight answer, and to not sugarcoat the truth because he thinks that’s what they want to hear. Once they have a firm understanding of their situation, Paul and his clients are able to get down to work determining what it is they want to accomplish and how to best achieve those goals. Paul stresses there is always more than one way to address a situation, and that his legal strategy can be as conservative – or assertive – as his clients would like.

Before becoming an attorney, Paul worked as a child support enforcement officer for the Texas Attorney General’s Office. It was that experience that convinced him to become a lawyer. In working for the Attorney General, Paul felt like he was legitimately helping families in need. However, he also felt that some of the regulations he had to follow – while important – could sometimes hurt families more than they helped. As a family law attorney in private practice, Paul appreciates the fact that he’s able to be more creative with the solutions he finds to his clients’ problems.

Divorce and the issues associated with it can be incredibly hard to deal with. Looking back on his own experience, Paul counsels those he works with that if there’s any chance a marriage can be saved, two spouses owe it to each other and to their family to try and do just that. But if divorce is inevitable, Paul advocates for his clients as strongly as he can. With his ability to communicate with his clients, creatively settle cases, and his years of experience inside the courtroom, Paul is confident they’ll walk away satisfied.