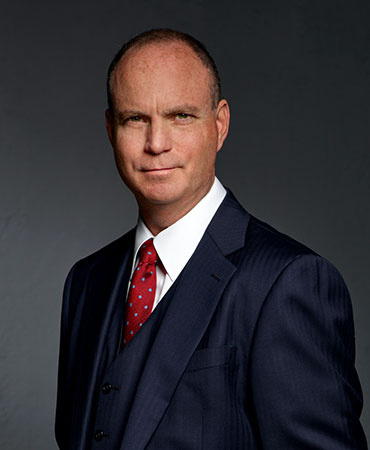 Jeffrey Owen Anderson has a true passion for the law that was instilled in him at an early age by his father, who was also a family lawyer. Jeff had the unique perspective of following his father around the courthouse at the age of five, working in his father’s practice in high school and serving process through college. This experience developed a keen instinct in him for complex property, custody and enforcement.

Jeff joined Orsinger, Nelson, Downing and Anderson, LLP in January of 2012 after 17 years of running his own firm, The Anderson Law Group. He has devoted his legal career to the aggressive nature of family law litigation and the betterment of the field of family law as a whole.

Jeff is a Fellow of the American Academy of Matrimonial Lawyers. He has been recognized by D Magazine since 2002 as one of Dallas’ best lawyers, and has been named to the Texas Super Lawyers list every year since that distinction has been granted, including his selection as one of the top 100 lawyers in the State of Texas and in Dallas since 2012. His service has also included a six-year term on the Texas Family Law Counsel.

Jeff is Board Certified in Family Law by the Texas Board of Legal Specialization, demonstrating his ongoing commitment to excellence in this area of law. Board Certification requires continuing education and involvement in the issues of family law, including marriage, adoption, divorce, custody, support and ownership of property acquired before and during marriage.

Thanks to his early exposure and years of experience as a family law attorney, Jeffrey knows the process and is able to explain it in a way that is understandable and relatable. He involves his clients and puts them at ease by explaining the whole process, ensuring they understand and agree with the chosen strategies.

Jeff is committed to protecting his clients and their children during the battle of divorce, property division and custody disputes with the goal of them concluding the process better off than when they first walked in his door. He tenaciously represents his clients with honesty, integrity and empathy.

Divorce and custody disputes are often stressful, financially taxing and spiritually draining experiences. It is one of the hardest times of your life, but you can be assured Jeffrey Anderson will take the right action today for a better tomorrow.