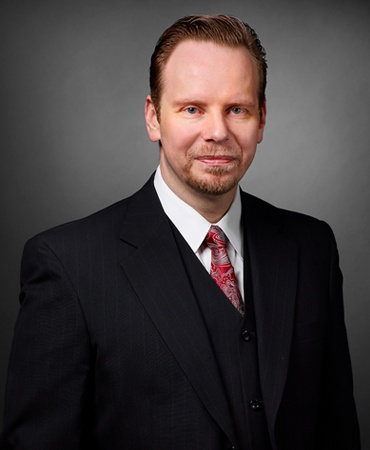 Brad LaMorgese has a lifetime of law experience, starting in his sophomore year of college when he helped win the right for students to fly American flags from their balconies. He is a dedicated professional with integrity who sets realistic expectations for his clients. Few will work harder to achieve results that match client goals.

Just because divorce is painful, doesn’t mean it can’t be positive. Brad understands that legal processes can be stressful, confusing and sometimes even harrowing. But as Winston Churchill said, “If you’re going through hell, keep going.” Brad considers himself a protector and advocate for his clients, their children, and their fortune – making sure they keep going, no matter how hard today may seem, and allowing them to take back their tomorrow.

Brad is one of the few appellate family lawyers in Texas. During his nearly two decades in practice, he has achieved success in dozens of cases in Texas appeals courts and the Texas Supreme Court, as well as the U.S. 5th Circuit Court of Appeals. He has handled appeals involving all areas of family law, including interstate and international custody, property division, award of property, habeas corpus, grandparent v. parent rights, bill of review, post-divorce disputes, alimony disputes, parentage issues and father’s rights.

Brad is admitted to practice as a member of the State Bar of Texas, U.S. Courts of Appeals for the 1st, 5th, 6th and 11th Circuits, and the U.S. Supreme Court.

Brad earned the National Center for Missing and Exploited Children Award of Merit in 2005 based on his work before the 5th U.S. Circuit Court of Appeals in a case involving The Hague Convention and the civil aspects of international child abduction. He has earned recognition in The Best Lawyers in America from 2016-2021 and has been among the state’s leading family law attorneys on Thomson Reuters’ Texas Super Lawyers list every year since 2004. He also has earned recognition on D Magazine’s Best Lawyers in Dallas list and their Top Lawyers Under 40.

Brad is Board Certified in Family Law by the Texas Board of Legal Specialization, demonstrating his ongoing commitment to excellence in this area of law. Board Certification requires continuing education and involvement in the issues of family law, including marriage, adoption, divorce, custody, support and ownership of property acquired before and during marriage.

Outside of his dedication to family law and his clients, Brad is a family man with a wife and two children. He is also committed to his community, and has served as a member of the Irving City Council as Deputy Mayor Pro Tem. He chaired that council’s Planning and Development Committee and served as a member of the Transportation and Natural Resources Committee. And most importantly, he previously served as his son’s Cub Scout Den Leader.